The Photo Shared ‘Round Steeler Nation 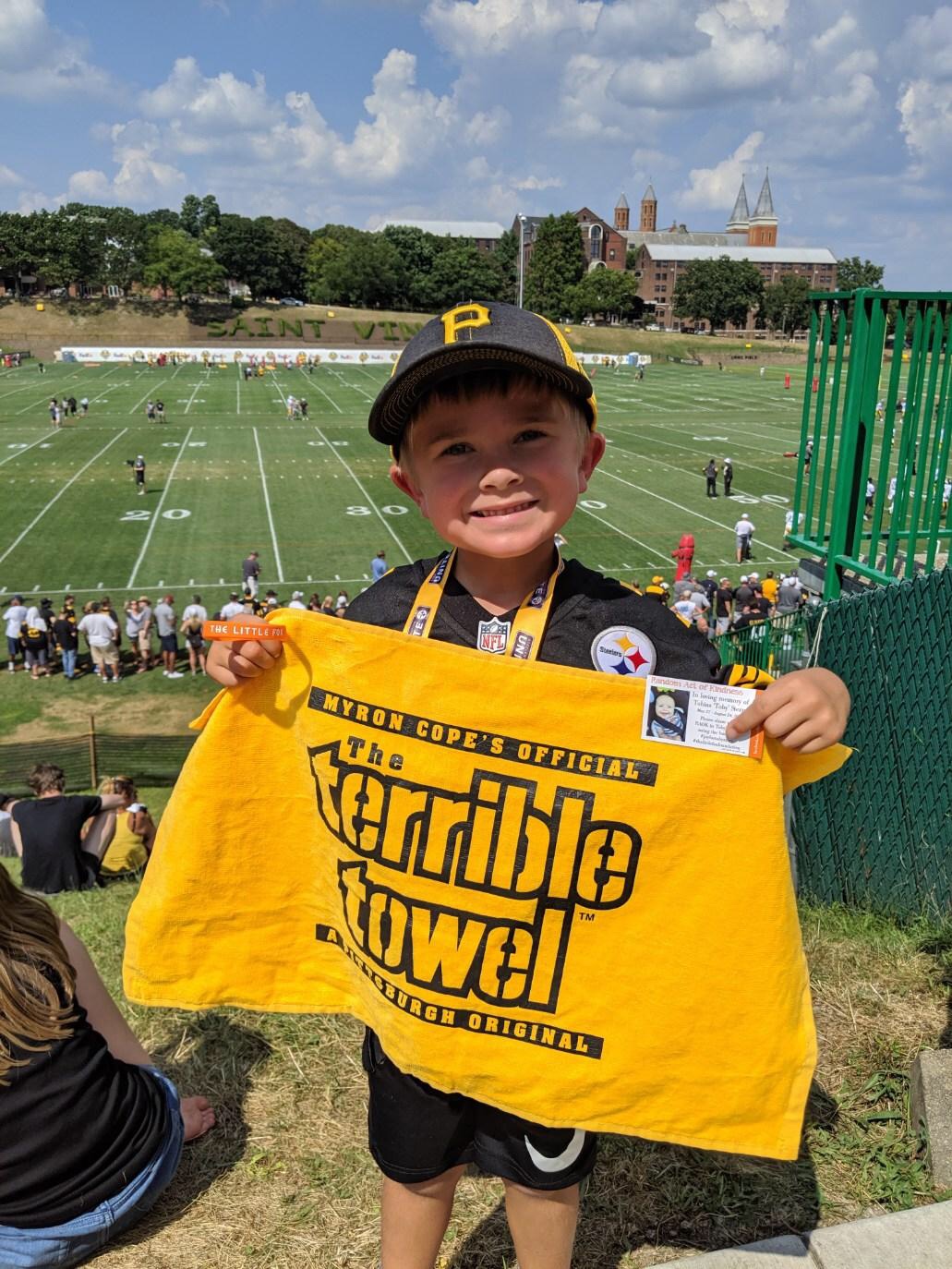 The last six hours have been nothing short of amazing. Dan and Luke went to Latrobe today to watch Steelers Training Camp, as they’ve done the past few years.

Luke handed out Terrible Towels to Steelers fans as they arrived with Toby’s Random Acts of Kindness cards, in memory of his brother.

Dan sent me some photos and I decided “on a whim” to tweet the photo and tag the Steelers and a few players, telling what this amazing 4 year old was doing. I had no idea what was about to transpire.

Within minutes Pittsburgh Press and Steelers team PR agents were DM’ing me trying to find Luke on the field and the tweet and Luke’s picture literally went viral. And that was just the beginning.

Luke was brought onto the field to watch practice and the first person he met was Ben Roethlisberger, who talked to him, took his helmet off and shower Luke how the radio worked and then put it on Luke for him to try! 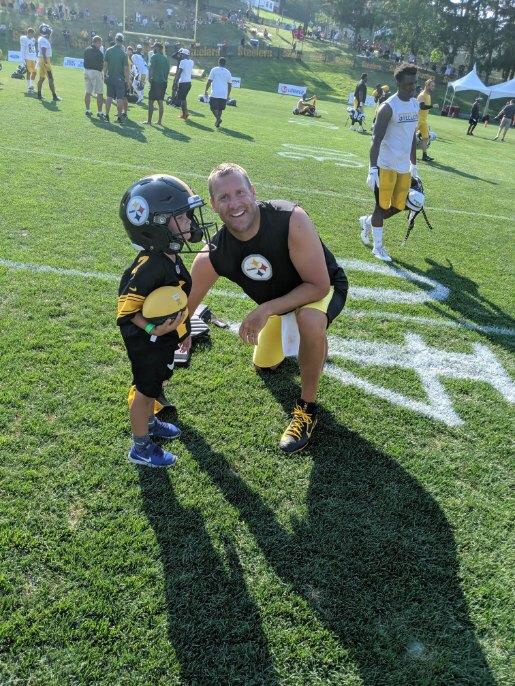 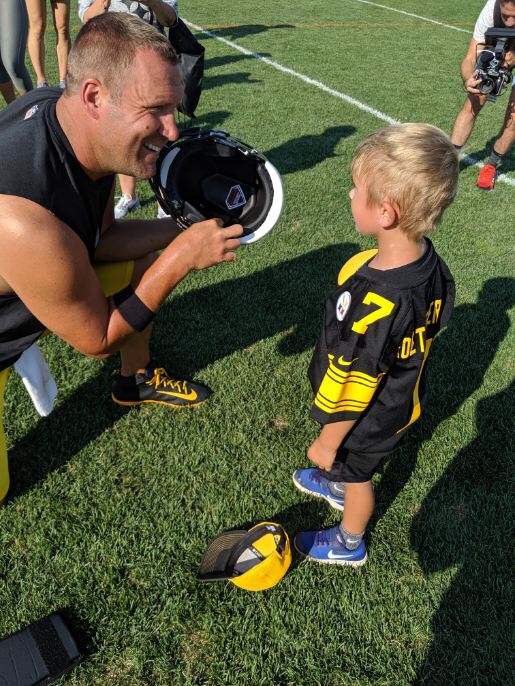 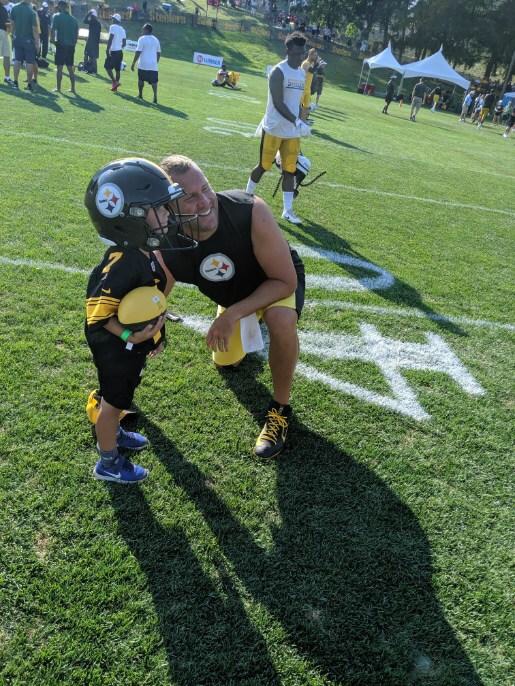 James Conner, a fellow PITT alumni, came over to say hello next, talked to Luke, took photos with him and talked to Dan about the Foundation and Toby, taking Toby’s wristband and immediately putting it on. 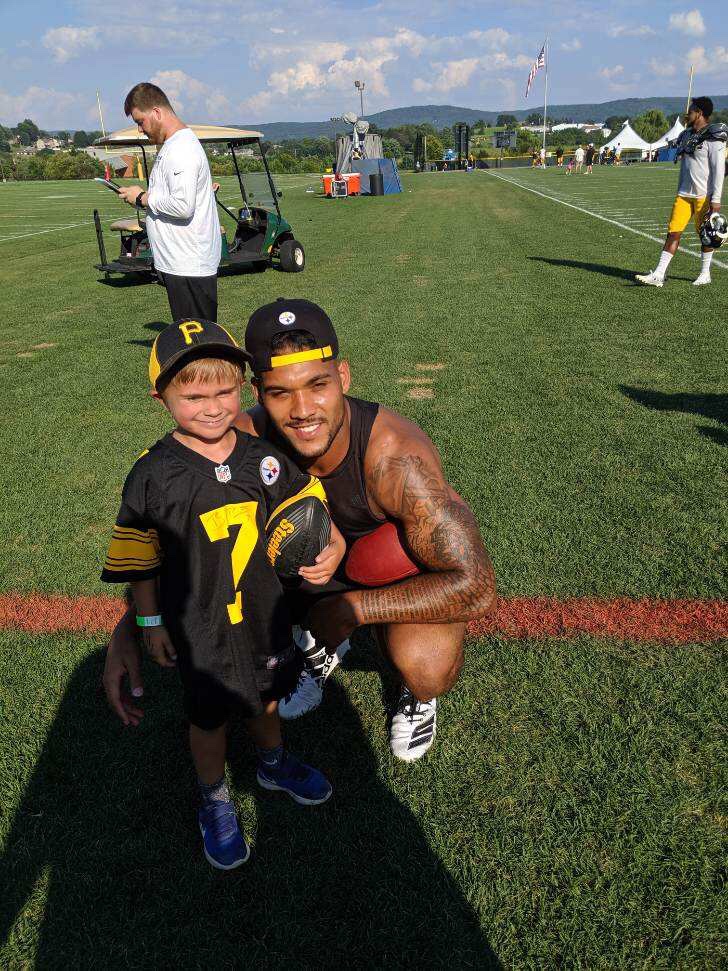 Luke then got to meet JuJu Smith Schuster who also took a photo with him. On their way to the car, Conner yelled to Luke from the golf cart and raised his hand with Toby’s band on. 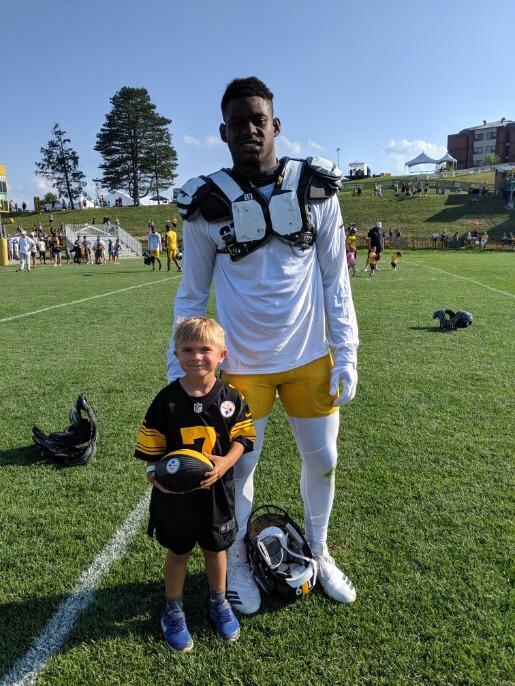 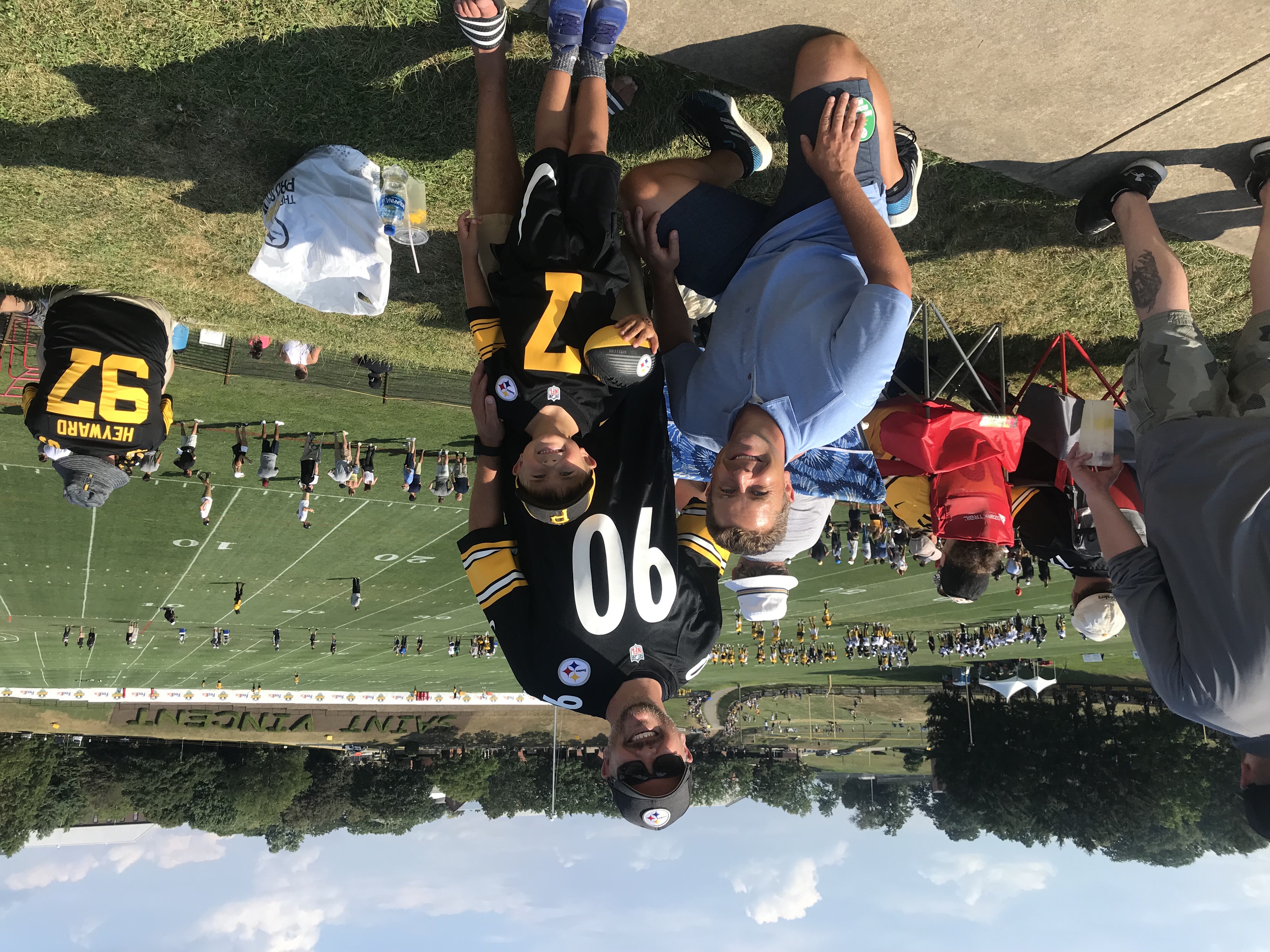 Steelers – thank you for making our little boy’s summer! He is overwhelmed by it all but was so excited to share when he got home he couldn’t even stand still. 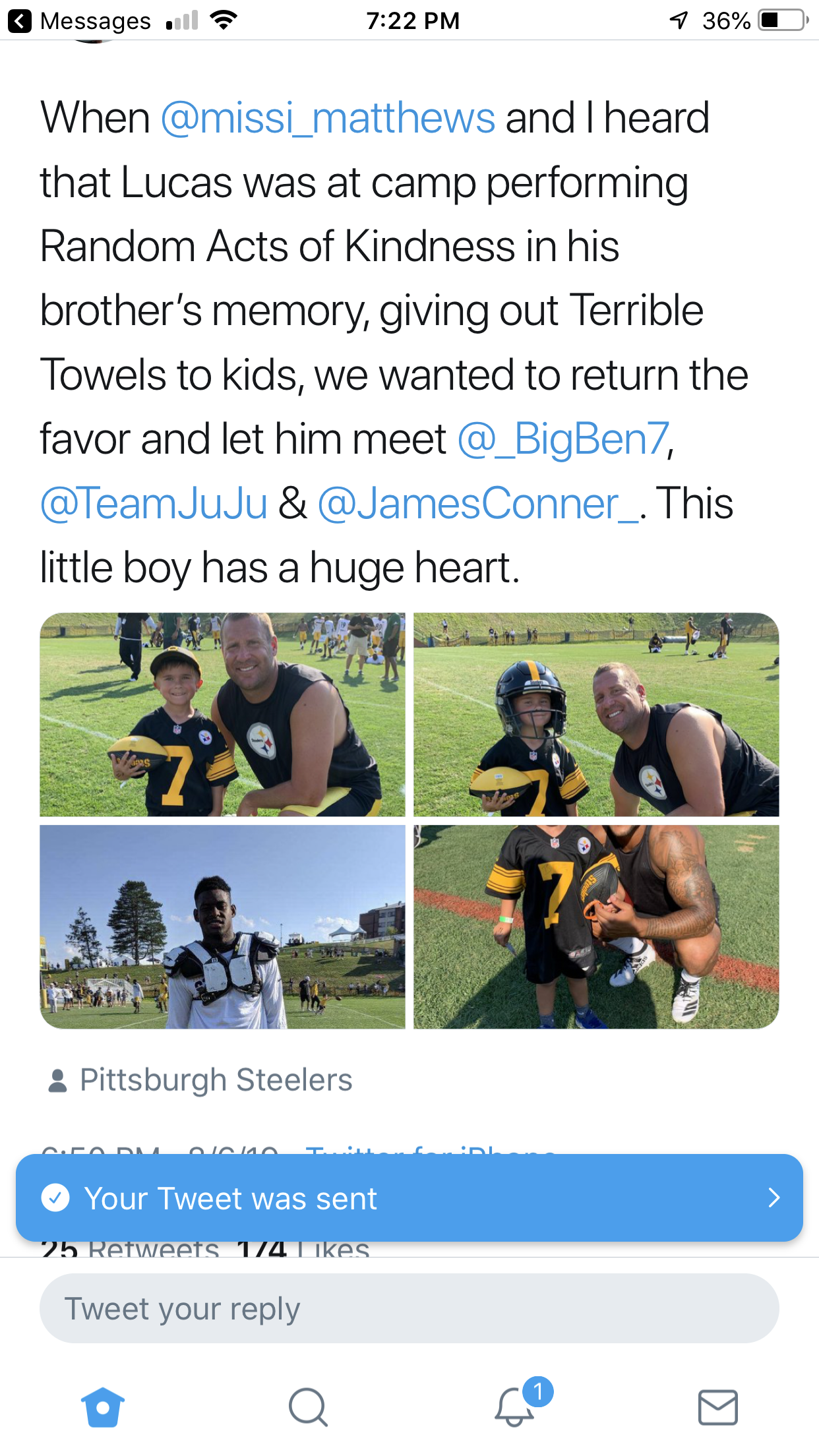 You showed him today that Acts of Kindness in our world really matter and spreading love and joy are worth being recognized.

Steeler Nation! Yinz rock! Seriously. Your notes of encouragement, support, and humility towards are family are more than we could ever put words to. 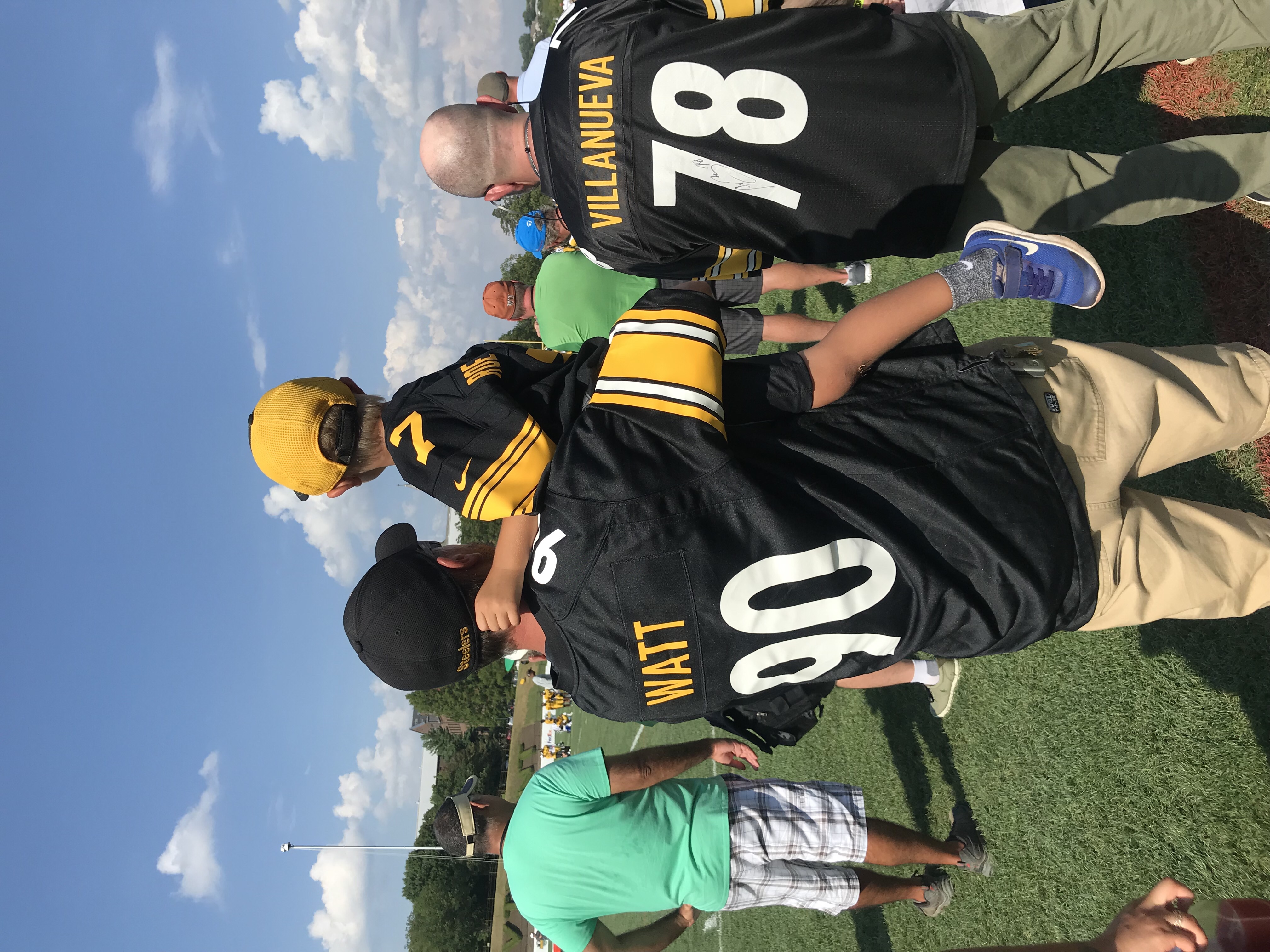 In the darkest month of the year for our family, this was a true light and testament to what we are doing in Toby’s memory and watching this all unfold this afternoon had me in tears knowing the amazing boy Luke is becoming and how his small act to honor his brother one August afternoon literally turned into an “act heard ‘round the world.” ❤️

I can only imagine Toby waving his Terrible Towel in Heaven with the fans of Pittsburgh by his side and Myron Cope patting him and my grandpap on the back as they smile down on the City of Pittsburgh. 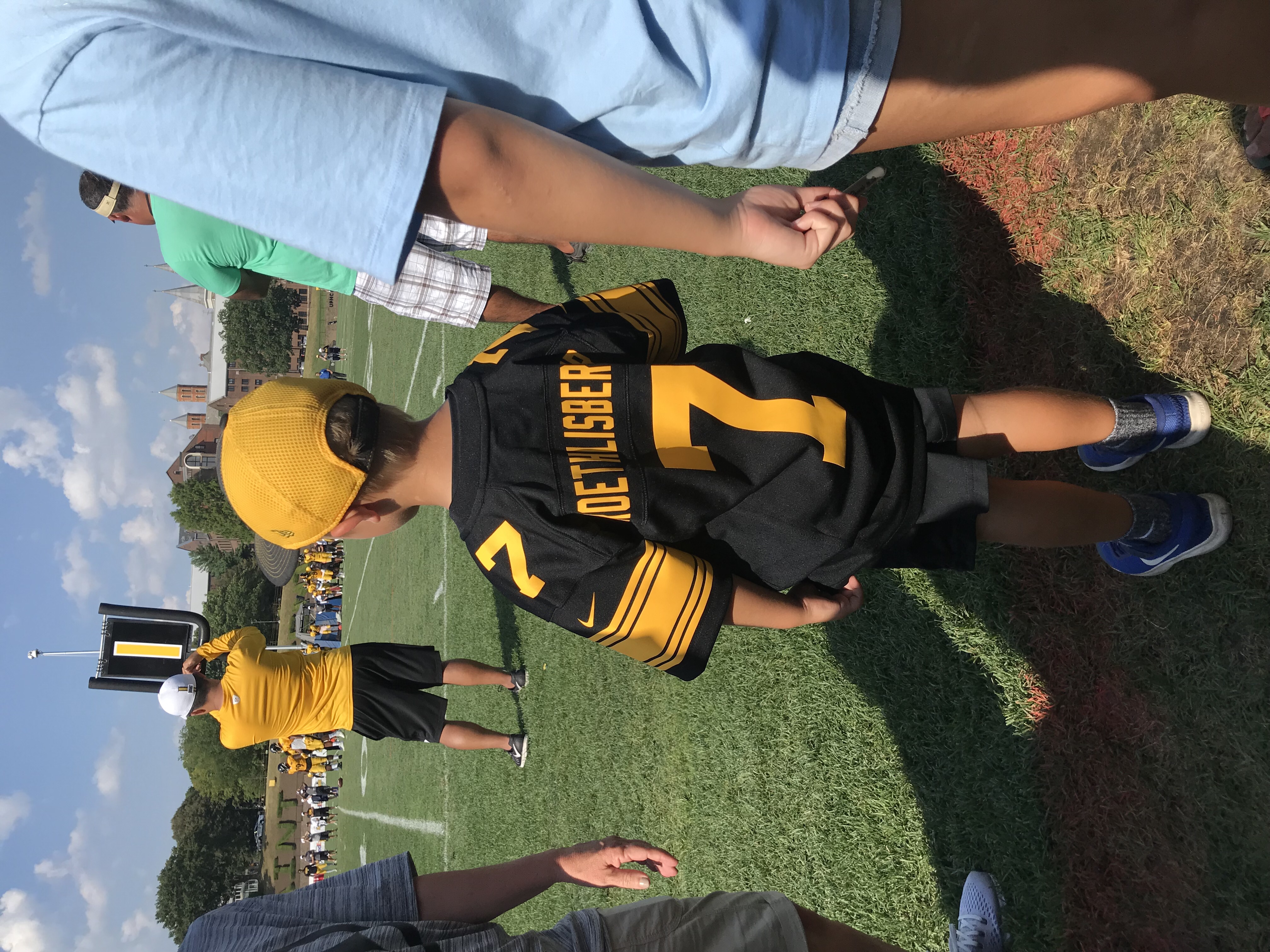 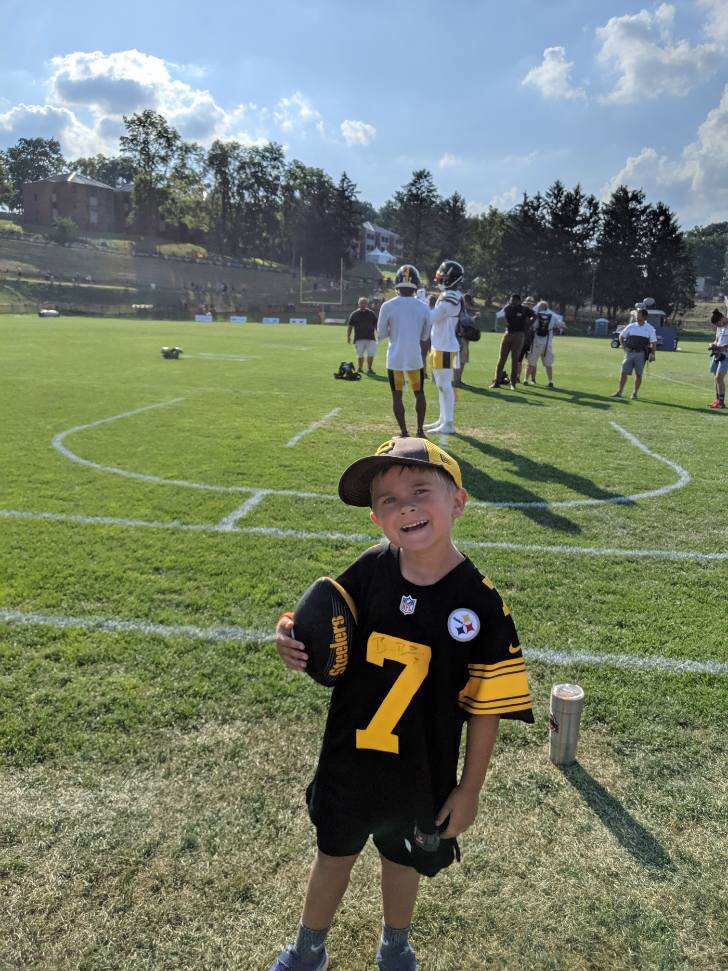 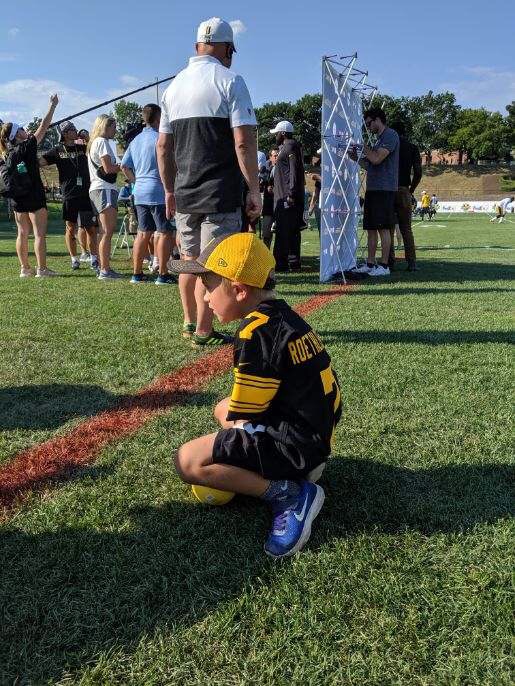 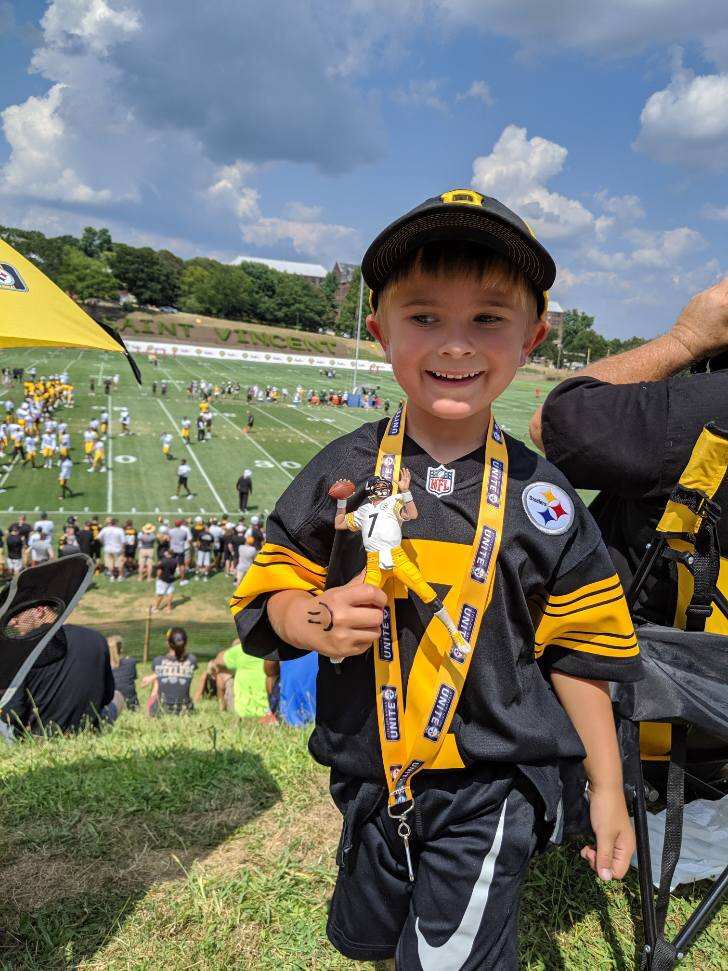 The start to this new year has been hard for me. The

On Monday, August 1, we are kicking off our 6th Annual Random

The Little Fox - Toby's Foundation is honored to be chosen by